TPO to take the place of IEO, new standards for investment and fund-raising

Investment and fundraising sectors have witnessed revolutionary changes in the last years of 2010s, thanks to the emergence of blockchain technology and cryptocurrency. From traditional schemes conducted through regulated stock markets like IPO, to private pitchings with Venture Capitals (VCs) and institutional investors; nowadays, crowdfunding appears in various forms which allows everyone to invest and raise funds without so much jurisdictions and strict regulation via coins, tokens. ICO, STO, and IEO are popular terms in crowdfunding recently.

Many of you may have heard about IEO recently along with the rise of many launching platforms from Binance, OKex, Houbi, Kucoin, Gate.io, Bittrex, and so on. IEO is believed to be an upgraded version of ICOs which have lost public confidence because of scams and frauds. To be exact, IEO projects get the guarantee from a reputable exchange that listed them.

One of the most successful cases of IEO platform is Binance who, until now, records no failure for every project on their launchpad. It is witnessed the fact that tokens got sold out in a short period of time and doubled, tripled, and even more after listing for exchange. As a result, it created a huge interests and significant hype among traders and investors. Many other exchanges like OKex, Houbi, Kucoin also jumped in the race for IEO.

However, due to FOMO and FUD incentives from both the exchange and speculators, does IEO remains to be a trustworthy and efficient crowdfunding method for potential projects? To be honest, project teams have to pay quite a lot of money for the platform to start IEO in exchange for their reputation and promotional support. At first, IEO played a perfect marketing role as rising popularity and virality actually brought the teams more funds and higher market liquidity. But, for now, is the cost for IEO really convert to capital benefits for the teams?

Besides listing fee as usual, the team also have to cover other hidden fees to make sure that their tokens would climb higher x5, x10 after listing. If you understand what is implied here: holders only want the tokens to hike as soon as possible so that they can escape their positions and leave the market behind with further crash. They don’t care much about the real utility value of the token and the development of the products. On the side of the exchanges, they, in order to maintain their reputation, only want the team to commit to this scenario, at the teams’ cost. In fact, many recent IEOs didn’t reach their capital target and were suspected to fake sale volume. The buyers are almost small scalping traders (limit investment of about $1000 only) looking for ‘instant” profits,

What if we can bring IEO to a new level where genuine projects can approach to real value investors or even investment funds?

TPO is an alternative for the IEO

TPO – True Product Offering is similar to IEO as it is also proceeded via an exchange platform, however, with different standards. For TPO, the project must have working product already and their tokens are able to be “spent” in the ecosystem.

The projects are to prove their development potential via fundamentals including users growth rate and token usage growth. These fundamentals also play as a milestone to help unlock funding at a certain period of time. Specifically, if the team succeeds in reaching the defined target on time, funds will be released partially for the team along with a part of token sale (vesting period is up to the exchange). 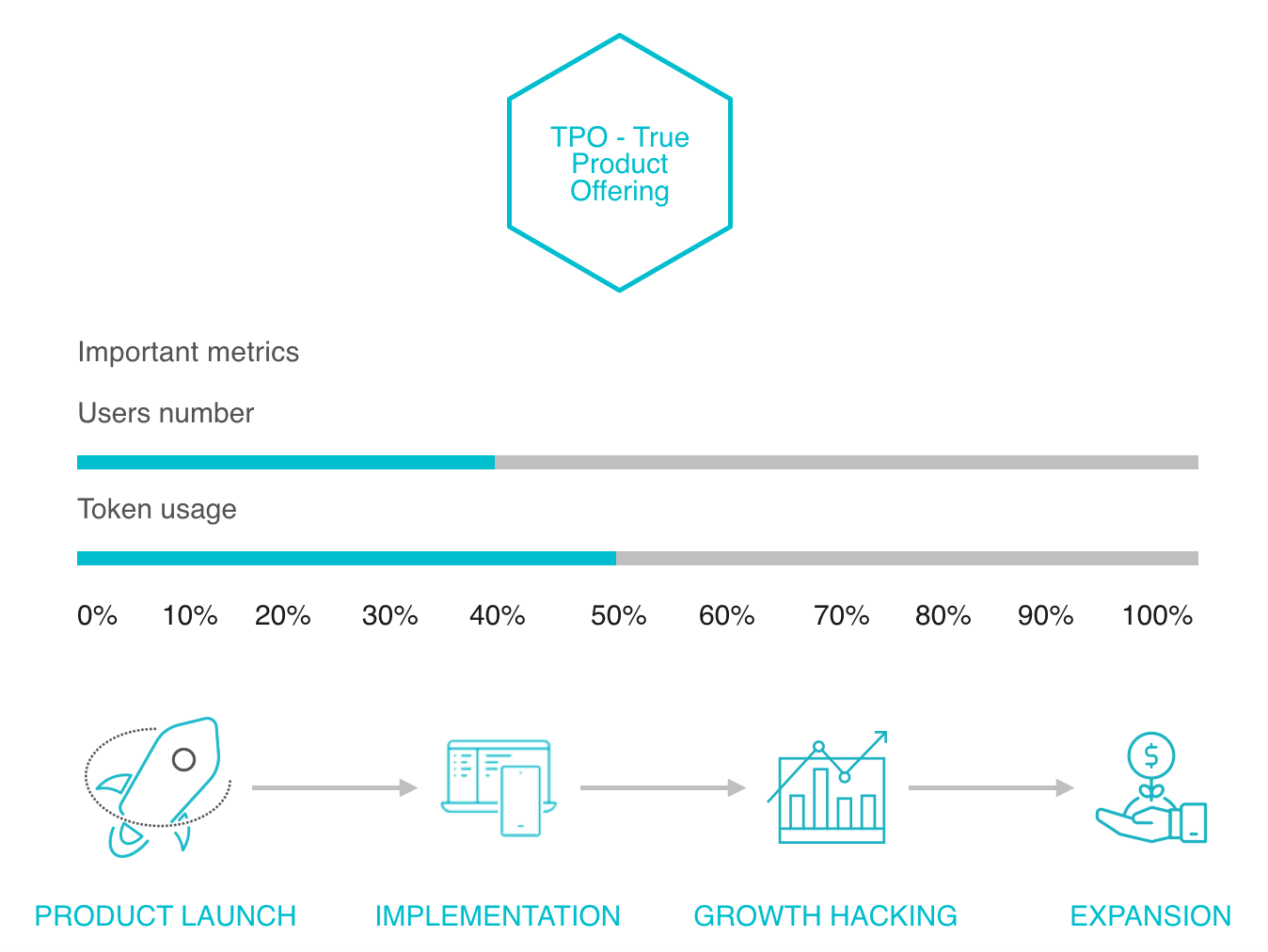 Nami Exchange requires the team to set objectives for 4 phases, namely Launching, Implementation, Growth Hacking and Expansion. If they fail to meet what they have committed, money will be refunded to the investors. During the 4 periods, investors can closely keep track on important metrics in real-time and how well-developed the ecosystem becomes.

Investors are to prove their understandings over the products by experiencing and using tokens in real cases. In order to join TPO, investors need to complete several “missions” relating to the products and tokens. They will consider to put their money into the game based on their investment appetite and budget. Moreover, mission is crucial for investors/users to understand the product well enough before contributing their votes to get the tokens listed on other TPO platforms.

If IEO is a game for small investors as individual cap is limited at $1,000 only; TPO opens a wider range for bigger players like investment funds. Based on their investment amount, investors will be classified into 3 groups: VC (venture capital), Shark, and Small Investor as below:

Number of slots are limited for each class which are calculated by the hard cap, so that small investors make up for at least 50% of funds raised; big investors proportion is 30% and big funds’ is 20%. 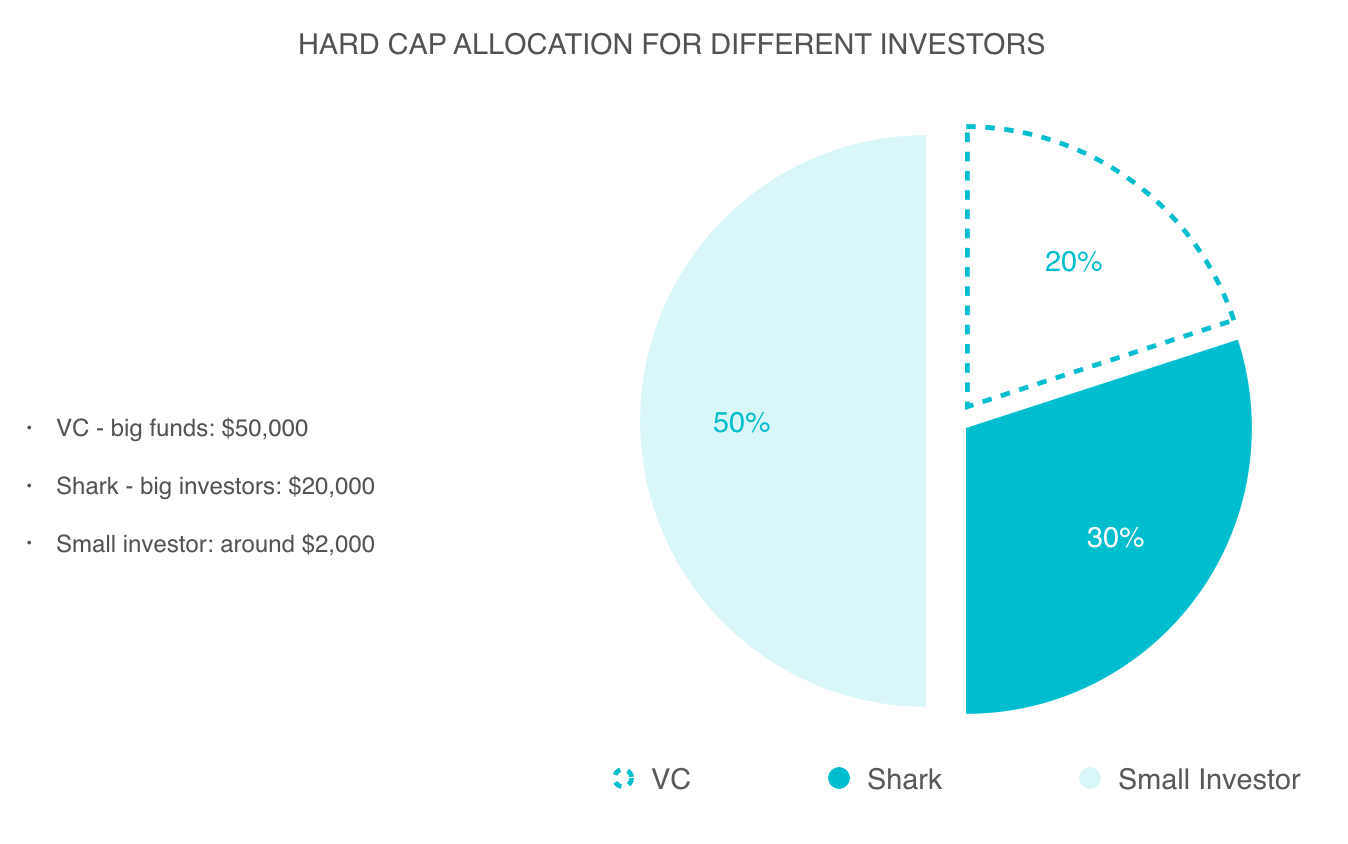 If you worries about price manipulation as big guys hold a significant amount compared to total supply, partially unlock mechanism mentioned above will, to some extent, prevent the risks of price manipulations and market making. Let’s take a look at the first upcoming TPO on Nami Exchange – SPIN project to understand how this mechanism works for the mutual benefits of both investors and the team.

SPIN is the internal token which can be used in BitBattle.io – a P2P trading contest platform and Nami Exchange ecosystem. In BitBattle.io, users/traders spend SPIN to make predictions on BTCUSD price in the next minute (M1 candlestick) by choosing UP/DOWN/SIDEWAYS. The more correct answers they get, the higher chance and bigger rewards they can earn. Traders are required to contribute their money to a Reward Pool, compete with each other and win valuable prizes. 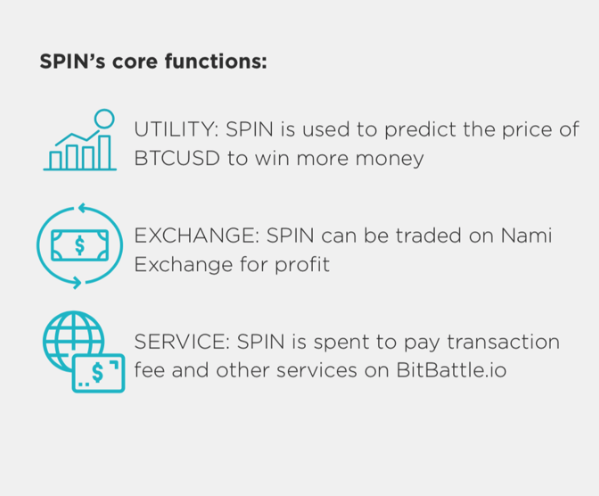 SPIN supply for TPO allocation will be unlocked according to 4 fixed period:

SPIN price will be supported in the long term by controlling circulating supply over the period of time and in line with the development of the ecosystem (measured by real-time metrics). Nami Exchange is in charge of adjusting and supervising the improvement of the products and token utility at the same time.

How to buy TPO? Aiming at creating a transparent and efficient investing environment, Nami Exchange is the first platform that applies and follows TPO standards for start-up projects. By complying with investment requirements, Nami Exchange hopes to become a launching to leading platform for all real products. Although it seems to be difficult to change the mindset of speculators on the market, TPO is believed to be the first disruption in investment behaviours of current blockchain and crypto sectors.

Nami Corp. is a global FinTech Corporation working on Investment and Technology based on Blockchain. It’s not just a single platform, we have created the whole Ecosystem to help Contributors and Traders around the world to utilize their experience and their money with the slogan “Change mindset, make giant steps”.